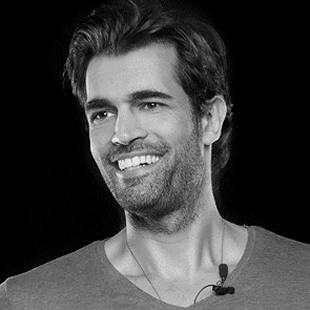 Alex Khan is a serial entrepreneur, keynote speaker and with 15 years of experience one of Germany’s first social media experts. He is also CEO of social media agency Attractive Media.

As early as 2005, he was running one of the first social networks in Germany. Since then he has founded Germany’s largest professional modeling community and the first mobile marketplace for fashion. With the help of social media, his last company sold over 150,000 products in the first two years.

Alex and his agency have worked with Red Bull, OPI, WELLA, ghd hair, SKY, New Flag, and VIA, among 50 other companies. His focus lies on the creation of a uniform social media strategy and performance ads and he recently became one of facebook’s preferred agencies and marketing partners.

A total of 350,000 people follow Alex Khan on his social media channels and he gives lectures about online marketing, digital branding and social media at Macromedia University in Munich.

His hashtag #WeKhan reached 13 million people with 100 million impressions in its first 90 days.